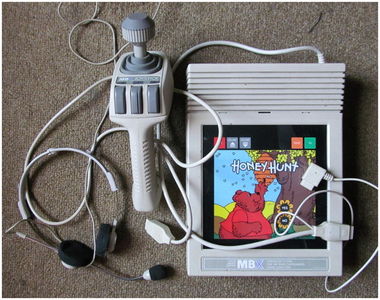 Technically the MBX Unit is a computer which uses the TI99/4a for game storage and for video display, the link is a form of serial port, using the TI99/4a's left side joystick port. The MBX unit has a 6809 cpu at 6MHz and a General Instrument SP1000 (GI8335) speech chip. MBX games modules with speech could use speech with either the MBX or without the MBX but with a TI speech synth.