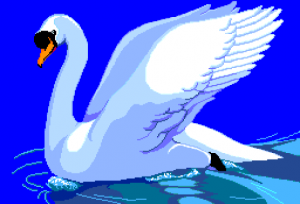 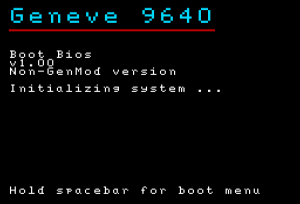 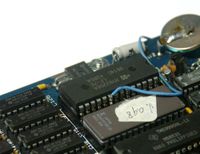 Another popular extension is the CPU memory upgrade to 576 KiB. This modification is mandatory if MDOS 2.50 and above shall be used. The multi-layered printed board layout makes such modifications pretty difficult (if possible at all), but in this case it is only required to solder another SRAM piggy-back onto the existing RAM circuit. One of the select lines must be connected to the Gate array. Here are the detailed instructions.